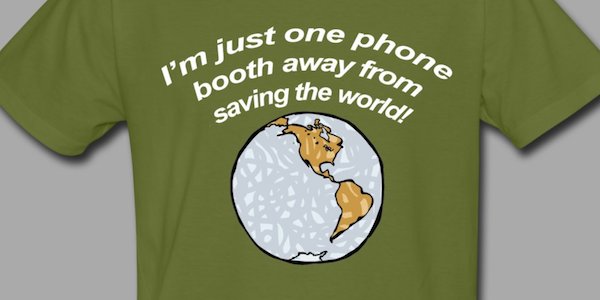 As I was raking leaves yesterday my mind started to wander trying to figure out how the people of the U.S. had elected someone like Donald Trump for president. I suddenly realized they have mistaken him for a super hero.

The first thing I thought about was his misogynistic attitude toward women. How could people excuse this? The answer was simple when I remembered the movie Iron Man. In it Tony Stark is a rich womanizer just like Trump. For example, in one scene he mentions a female reporter who “did a spread on him” and also wrote an article. This double entendre trend about women continues until he enters a monogamous relationship with Pepper Potts in the second movie. Trump is part Iron Man.

Then comes president-elect Trump’s hawkish plans for the military. Listening to him it sounds like he is ready drop a nuke on any country that dares to rattle a saber. If you are familiar with the Marvel comic’s version of the Norse god Thor, he was ready to obliterate the Frost Giants after they entered Asgard. Trump is part Thor.

But the most prominent trait of Donald Trump (aside from his weird hair) is his constant case of what I call foot-in-mouth disease. Sometimes it seems he just isn’t thinking at all. Donald Trump is partly the mindless, unthinking beast – the Hulk.

So with all of these things in mind it becomes obvious why Donald has so much support in this country. We need a super hero. When you look at all of his traits through the campaign its easy to see he is trying to be the entire team of Marvel comic’s The Avengers.