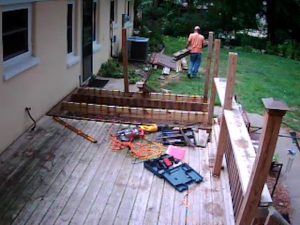 My DVR is full of shows that tell about how long ago races came from other planets and influenced the development of people here. I just love that shit. I don’t know if it’s the excess paranoia or just the nagging feeling that we don’t know exactly what’s really going on but something is driving the popularity of those shows. You can find lots of websites and books devoted to it to.

END_OF_DOCUMENT_TOKEN_TO_BE_REPLACED

You know my thing about seeing patterns. Well here’s another one that’s a little hard for me to ignore.

First of all let’s review. That last round trip to the moon was made in the seventies. This was after a half dozen human excursions were made to fulfill the dream of a fallen martyr and some other unmanned landings. If that is entirely true, than all well and good. Many have asked why no major programs to return have happened since then. Some have answered with the possibility that an agreement was made with those not of that current earth to not revisit our nearest neighbor in space. END_OF_DOCUMENT_TOKEN_TO_BE_REPLACED

This week marks the 45th anniversary of the United States publicly landing a human representative on the moon. The first of about about a dozen such men visiting the moon and then a couple of years later – nothing. Now all we have is an orbiting space station. Just floating around in near earth orbit, looking at stuff on the ground with their powerful telescopes like a bunch of hi-tech voyeurs. END_OF_DOCUMENT_TOKEN_TO_BE_REPLACED