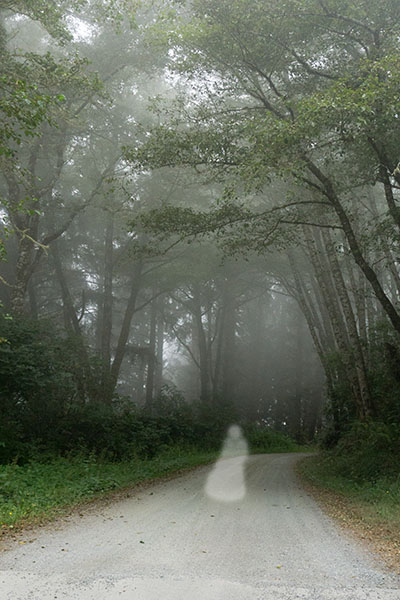 There was a chill in the early spring air, The sky was grey and rain was in the forecast for the afternoon. The couple had ventured out to try a new restaurant for lunch and afterward decided to pick up a few groceries on the way home. It would be a rainy weekend and they had no desire to go out in it.

The super market was full of shoppers with the same idea of stocking up for the weekend. Everyone was dressed warm to defend against the late spring chill. It was a different store than the couple usually went to though it was part of the same chain. They spent more time than they expected finding items in the unfamiliar layout of the store.

As they turned to the frozen food food aisle, about half way down were two women. A short woman facing toward them talking on a cell phone and a woman in a white sundress facing away. The man looked at the woman in white. She was tall. Her dark blond hair was cut to the bottom of her neck. Her shoulders and bare arms told him she was neither slim nor heavy set. Her unblemished skin gave no indication of her age.

Had this been a summer day he would not have given her a second look. But the day was cold and rainy. Every one else in the store was wearing sweatshirts, jackets and hoodies. A woman in a white sundress was an out-of-place, one off.

The man wished she would turn so he could see her face. She began pushing her cart down the aisle away from him. Looking straight ahead, she gave no side glance to search the products in the freezers on either side.

At that moment, his wife asked, “Honey, can you reach the bag of frozen apricots at the back of that shelf?” He obediently opened the freezer, picked up the fruit and placed it in the basket. When he looked up again, the woman in the sundress was gone.

The couple continued down the frozen food aisle. When they reached the point where the lady in white had been standing, the scent of sweet cologne was overwhelming. Never had the couple encountered anything so sweet and so choking at the same time. They remarked to each other how the woman must have bathed in the stuff.

The lady on the cell phone finished her call, smiled and said that she had been calling home to get the right name of something she was shopping for. She made no mention of the sweet stench they were all standing in, nor the now absent originator of the smell.

The scent disappeared as quickly as it came and the couple continued shopping. All the while, the man kept searching the crowds, looking for the out-of-place lady in white. She was nowhere to be found. She was not in the aisles or the checkout. The small dining area held only people in sweatshirts and hoodies – the accepted apparel of the day.

As a couple, they were used to seeing sights that others miss. It was one of the things that had kept them together for so long. This made the man begin to wonder. What had they really seen? Was it just someone who had misjudged the day’s weather? Or had they witnessed a spirit trapped in grocery store purgatory – forever shopping but unable to checkout?