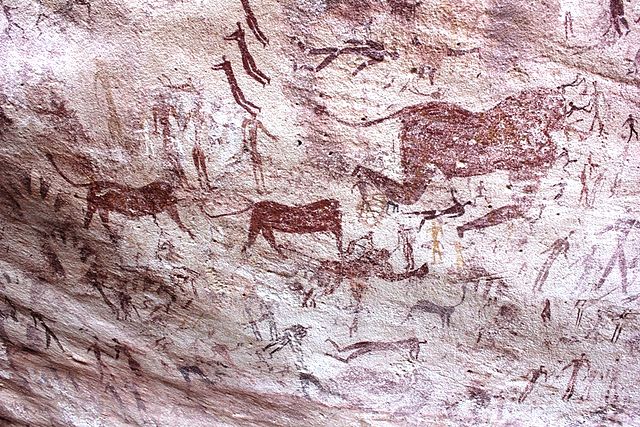 The hunt was successful. Several wooly mammoths were killed. The tribe will have food for the coming winter. To remember the hunt and appease the gods, Noga began drawing on the cave wall. In pictures, he showed how the brave men of the tribe ran up to the mammoths and stabbed them with their spears. He showed the dead body of his cousin Roga who was trampled by a mammoth during the hunt.

Noga’s mate walked up behind him. “Why do you always waste your time telling the story of our hunts?” she asked. “In a hundred winters from now no one will care what happened here today.”

“Maybe not,” Noga returned, “but maybe in ten thousand winters from now someone will at least know that we were here.”

From time to time I read a blog on WordPress or Bloglovin in which the writer wonders if they should bother to continue writing their articles. Lately I’ve had the same thoughts. The pressure of coming up with something interesting on some sort of a regular basis can be mentally and emotionally grueling. Even another mass shooting makes me realize I’m getting tired of ranting into the darkness.

But then someone tells someone who tells me how much they enjoy my rants and it once again becomes worth it. Sorta like selling a t-shirt after a month of no sales.

It isn’t as important that I write what I feel as you, the reader, feels that you didn’t waste your time reading it. Even more important is that sometime in the future historians may have chance to look back at this primitive form of communication called a blog and know that we were here and we felt about something strong enough to write about it.

And so I will continue.