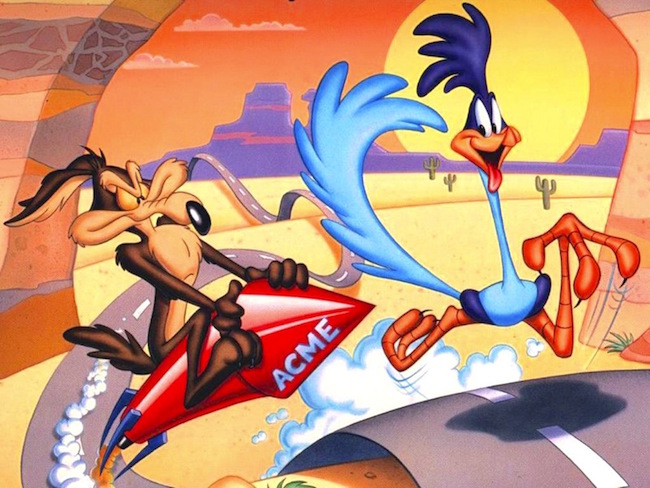 You know the cartoons I’m talking about. They start with the Road Runner running down the highway. The bird goes “Beep beep!” as it runs past the Coyote. The Coyote gets an idea and sends away to Acme, A Company that Makes Everything. Moments later a package arrives followed with furious hammering, sawing and sanding by the Coyote until a new, road runner-trapping method is born which is invariably unsuccessful.

This was the scenario in my head last Friday night as the cats and I are laying in bed and Snowball is in her downstairs maker space. She was presenting for the college at a new, public maker space grand opening the next day. Packages of electronic and mechanical hardware had been arriving for weeks so she was furiously hammering, sawing and sanding to get the demonstrations ready to show. All I could do was put on some headphones and crank up Pandora.

The presentation Saturday looked to me as a huge success. There were lots of different college departments, all well represented, with lots of interest shown by the public. Snowball’s table was a big hit.

I took the opportunity of semi-anonymity to go around and talk to some of the presenters, many of them co-workers with Snowball. I did however while talking to one of them let it slip that I was married to Snowball. “Oh isn’t she amazing!” was the response. Geez, how do you respond to a comment like that? Instead, I went on to tell about my Road Runner-Coyote home scenario. “Well yes that may be true – but she always catches the bird!” her co-worker said. I couldn’t argue with that.