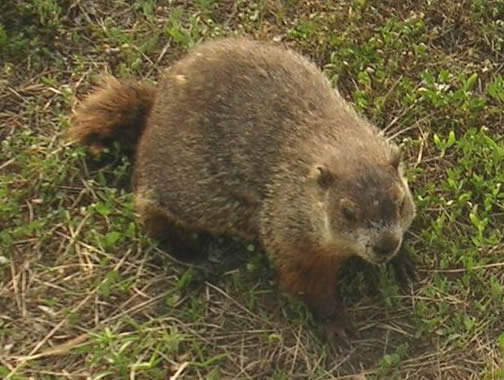 I’ve worked with more than my share of television meteorologists. For the most part they’re really nice guys who get all the blame when the weather sucks and none of the reward when the weather is nice. So it makes sense that they’ve come up with a rodent whipping boy to take the blame for continued crappy weather in the late winter. But expecting a Pennsylvania groundhog to predict Midwestern weather is just foolish. I have a better solution.

In case you’ve missed any and all weather reports for the last week, Groundhog Day is every February 2nd – Thursday this week. In the United States, the biggest Groundhog Day is celebrated in Punxsutawney, Pennsylvania by reaching into a cage, forcibly extracting an overly sedated rodent named Phil and arbitrarily declaring whether or not he can see his shadow to determine if winter is over. The crowd then applauds and moves as a large amorphous group to buy souvenirs in the town’s stores.

The problem arises when, for example, Groundhog Day in Punxsutawney, PA is cloudy so everyone rejoices that there was no shadow and they think winter is over. Then a week later Chicago is inundated with a foot of white-out blizzard. By this time everyone but a few have forgotten what Phil predicted because they are busy shoveling out. But those few say “Ah, the groundhog was wrong again.” What they forget to put into account is the fact that February 2nd a week before was sunny in Chicago. If they would have had their own groundhog, he would have seen his shadow and they would have been prepared for the blizzard.

What I propose is a Groundhog Weather Network, (GWN). Each large city would have their own version of Punxsutawney Phil which will give the local shadow or no shadow verdict. We could have such experts as Chicago Chuck, Kansas City Ken, Omaha Orville and Denver Dan each presenting his individual rodent-shadow reaction. This will use the natural instincts of groundhogs from around the country to predict a city by city forecast for those crucial six weeks in February and March. And the whole thing can be self-supporting through nation-wide Groundhog Day souvenir sales.