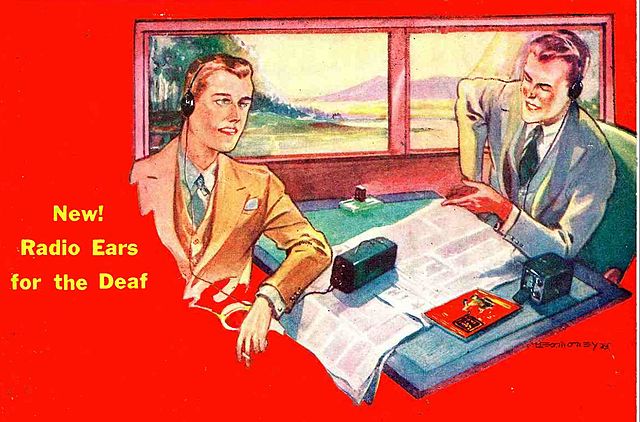 Its normal as we age to lose a certain amount of hearing. In my case its a given since I spent so many years in a broadcast studio with headphones that were turned up too loud. But there are a lot of pros and cons to consider before surrendering to the quintessential sign of old age – the hearing aid.

I can tell that most of my hearing loss is in the higher frequencies. Snowball has a niece that has such a high pitch to her voice that I can’t make out all the words she says. Then for some reason the neighbor’s dog starts to bark every time she speaks. Add to that she talks really fast and as a result I can’t make out a thing she says. I just do the proverbial smile and nod hoping she isn’t telling me her plans to murder me.

Most of the time I can hear what Snowball is saying just fine. I start to wonder about her hearing though when I walk into a room and she has the music blaring to where I can’t hear what I say. But other times, usually after she’s taken some pain medicine for back spasms, she starts to mumble and then accuses me of bad hearing. I just smile and hold her close, maneuvering my ear near her mouth so I don’t miss anything else. Of course that are a lot of other times its probably better I don’t hear what she says.

Most of the hearing aids on the market these days hide in the ear pretty well. But I’m thinking I would rather make sure people know I have one. Some big honkin’ one with a big honkin’ switch on it so that if I want to ignore someone I can. I can just say “Sorry, I had my ears off.” After that I’ll take my glasses off and I can Helen Keller myself through any family situation.

Yes, there’s a lot to consider as one grows older.