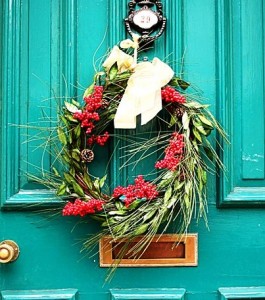 What if you knew that you would not be spending the Holiday Season with that family member next year because sometime in the coming year they are gonna die? Think about how would you spend this holiday time with them differently?

The last three years in a row, someone in my wife’s family has died. Yes it’s somewhat to be expected at our age but that doesn’t make it the least bit easier. Especially since two out of three of them were younger than us. So I recently took the opportunity to look through pictures of family Christmas past and noticed that the attendance numbers for this year compared to three years ago will drop almost in half. The latest gatherings will be missing not just the folks that have left us but some of their spouses and other family members that have moved away and won’t be showing up.

I’ve heard of families who when they get together it always ends up in a fight. Everyone goes to grandma’s house and starts brawling like it’s a Grandmageddon until someone ends up getting pushed down a flight of stairs. I wondered if those kinds of family gatherings would end differently if they realized the possibility of never seeing those people again?

So this is my Christmas wish As you gather with family this year appreciate the folks you are with.

So this is my Christmas wish. As you gather with family this year, appreciate the folks you are with. That parent who is becoming a pain in the ass because he is getting a little senile yet still has moments of being a father figure and that brother-in-law who is just one step away from police arrest but if he lived in Colorado would be a very successful business person might not be at the party next year, so find something to enjoy about them while you still can.

A SEASON’S GREETINGS TO ALL from the Curmudgeon