I hate Facebook. I use it for shameless self-promotion but I still hate it.  The pages on their own are ok but so many misuse it in so many ways. Over-sharing is probably the worst offense. I mean, I love hearing what’s going on with members of my family but I really don’t need to know they are going to a movie, watching a movie, really enjoying the movie and then coming home from the movie all with attached selfies. END_OF_DOCUMENT_TOKEN_TO_BE_REPLACED 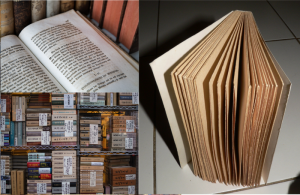