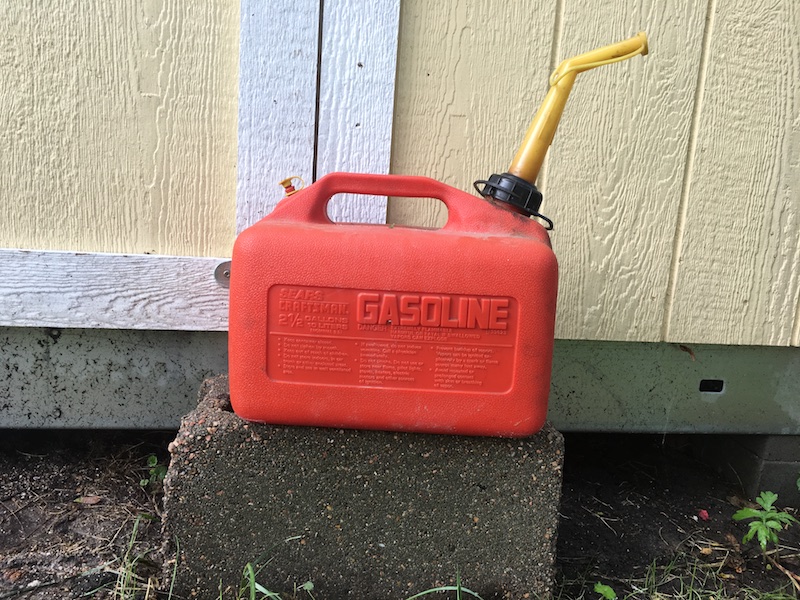 A couple of days ago I was using the garden tractor to mow the west forty. That’s my nickname for the orchard area. Its not really 40 acres – the whole property is just under half an acre – but “mowing the west forty” sounds more impressive than “mowing the orchard” which only has three trees so far. Anyway, since I’m still unfamiliar with the eccentricities of the tractor I managed to run out of gas in the middle of the field. As I was walking to the shed to get the gas can so I could finish the job, I thought that there are far worse places to run out of gas. I’ve listed my top five worse places here.