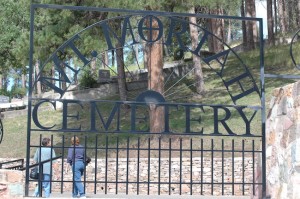 Thirty some years ago, anytime I would wake up with the bed-spins meant that I had spent the night before “socializing with friends”, reaching new extremes of bad behavior that are much more unacceptable now than they were back then. Today, in my sixties, when I lie in bed and the first thing I notice in the morning is that it hurts to move my head it means an ear infection. Because of this infection during the last couple of days, standing upright and walking a straight line has been an approximation at best. It’s really brought back some fond memories of the good old days. Think of it as a hangover without the upset stomach.

Maybe the worst part of growing old is having to take pleasure in the little things. I could probably go off on a tangent about size not mattering. But in most cases it does and that’s fodder for another post. What I mean here is small things like appreciating an ache or pain that has gone away.

You may have noticed that I haven’t written much lately. Well a person doesn’t reel much like writing when they hurt. A couple of weeks ago I fell on a patch of ice. It seems that I’m making this into an annual event. Last year it resulted in a mild concussion, this year a cracked rib. But the point is its been hurting to take a deep breath or twist or reach for something for weeks. I noticed the last couple of days it hasn’t been hurting as much to do those things. When you appreciate a pain that has gone away, or even notice that it’s gone away, you know you are getting old. But now maybe I’ll be writing more.

I’ll bet most of you can agree that having a thirty year old mindset inside a sixty year old body feels like a betrayal. We still want to do the things we did “back then” but find an afternoon nap much more appealing. Maybe a nice walk around the block to enjoy this mid-February thaw will get the blood moving again… and stretch those sore ribs.

Like millions of other Americans and a few Europeans still confused about the name of game, I watched Super Bowl Sunday – or at least most of it. It was too bad the end devolved from a football game into a “What’s Manning gonna do with the rest of his life?” free-for-all. For a few minutes I wondered if we were ever gonna be told what the last penalty flag was all about. Turned out it just a way to finish the game painlessly.

But really now, that’s not what the game is all about. The reason we tune in to begin with is this years new  crop of commercials. We weren’t disappointed. It was a pleasing conglomeration of cute children (Looks like Denver maternity wards better gear up), cute singing sheep and dog announcers. Even the aliens were benevolent albeit a little mis-interpretive. END_OF_DOCUMENT_TOKEN_TO_BE_REPLACED

All my life I’ve worked with technology. This has given me a innate distrust of anything more complicated to operate than piece of paper. It has always been my experience that tech is guaranteed to fail you at the time of most critical need. Of course it doesn’t help that I’ve always been involved in leading edge technology. But even the simplest device seems to spend its time waiting and conniving the best way to inconveniently make up for all the convenience it has supposedly brought into my life.

You have to realize technology can be any non-organic helper of man. This means that 10,000 years ago, a campfire was state-of-the-art technology. Now at this point we are talking about the art of staying warm at night. But the campfire was the first thing other than another cave person (I don’t judge) or animal (I REALLY don’t judge) that kept a caveman warm at night.

Let’s begin with the simple garage door opener. Oh I’m sorry. Today they call them garage door operators. When I found that out a couple of weeks ago I should have known that new ones were not gonna be an improvement. Merely a new set of experiences.

The compound has a detached double garage and the old garage door openers (because thats what they were called back when they were put in) were getting noisy and slow. One had even started spewing lubricant until there is now a dark, oil-colored stripe down the middle of one of the doors. Add to that, daughter-of-Snowball refused to quit using the remote with the sticky button so it was a crap shoot whether the door would remain down in the time it took her to walk to the house.

The nice, new door operators have an web interface so I can sit in my easy chair and know if the doors are up or down and close them if needed. I even get texts when the doors open and close which is an option I’m sure was designed by the father of a teen-aged girl. We don’t have anymore of those but its still a nice thing to know. So far I have only found the door stopped half-way once for no reason (door tech still hates me). With all of this brand new, state-of-the-door tech I still never feel like I can drive or walk away from the garage until I wait and see with my own eyes that the doors are closed.

This week I learned another technology that I can’t trust. I realized this when I walked into the bathroom and stepped on a soaked throw rug. I let out a scream that would have made a longshoreman proud. For no discernible reason, the toilet had surrounded itself with water.

The bowl was clear and at the normal level, the tank had filled and was quiet. So after removing the offending rug and with plunger in hand, I encouraged Snowball to flush the toilet while we both analyzed the proceedings. It worked perfectly – of course.

The only theory we could come up with was that earlier that morning one of us had made an especially fiber-laden deposit and the bowl was temporarily unable to drain at the rate of the tank. This is only a theory because I sure as hell don’t watch the operation of the toilet if I can help it. It’s just another technology that waits for the opportunity to fail me.

I understand why this decision has had to be made. There is a lot to learn and a limited time to teach it. So something has to go. Since all the students are typing on computer keyboards I can see why the decision was made. Its just sad that handwriting has to be one of the things eliminated. END_OF_DOCUMENT_TOKEN_TO_BE_REPLACED

There’s lots of things during this time of year that get in the way of writing. Too much activity during the holiday for one. That one stemmed from Snowball getting two weeks off from school. The plethora of freshly prepared food and constant creation of assorted maker things kept grabbing my already short attention span. END_OF_DOCUMENT_TOKEN_TO_BE_REPLACED